Aquatic sports in South Africa was traditionally managed on a provincial basis, by the national governing body known as the South African Amateur Swimming Union (SAASU). At the time of it's founding in 1899 the first member Provinces of SAASU just were Western Province and Eastern Province. The first national water polo championship event, known as the Currie Cup Tournament, was held at Port Elizabeth in 1900.

After the Boer War ended in 1902, more provinces began to join. The Orange River Colony (ORC), and Transvaal became members, although the Transvaal soon split into Northern and Southern Transvaal, with Eastern and Western Transvaal emerging later. The Vaal Triangle province was created in the 1970's.

Mossel Bay and East London were represented and sending their own teams to the championships, although they later became part of Eastern Province and Border. The northern Cape city of Kimberley, home of Karen Muir, became the home of the Griqualand West province. Rhodesia was a province until 1981, and South West Africa also competed, until 1990.

The history of aquatic sports in South Africa dates from the time of colonial rule in the Cape and Natal. Despite the start of the Boer War on 11 October, on the 20th October 1899 a group of amateur English gentlemen from Port Elizabeth and Cape Town met to set up the South African Amateur Swimming Union (SAASU).  This organization was to manage competitive swimming, water polo and lifesaving  in South Africa until 1991, in accordance with the Laws of the British Amateur Swimming Association (ASA), and were recognized by that body , and whose lead they followed in joining the international swimming body FINA, in 1910. 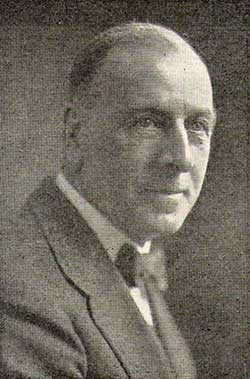 The first provincial bodies to join SAASU were the Eastern Province Amateur Swimming Association and Western Province ASA. These provinces competed in the first Currie cup inter-provincial water polo tournament which was held in Port Elizabeth during January 1900, together with the first national championship swimming event - 100 yards freestyle. Western Province won the polo, and R. Marais of WPASA won the 100 yards freestyle. Cheers was raised for the generosity of Sir Donald Currie, who had donated another "Currie Cup" to the water polo tournament, and in 2013 the Currie Cup was won by the OJ Eagles formerly known as Transvaal and now as Central Gauteng Aquatics.

By 1912 nationals had grown to include entries from Natal, Transvaal and Orange Freestate, and the members had even agreed to institute a ladies event - which eventually happened in 1922! Besides the water polo, there were also Championship events over 100, 220 and 500 yards (for men) Following the British model, SAASU headquarters changed provinces every year, and a new local president was elected. A number of dedicated people also received the Meritorious Service Award.

After independence Rhodesia withdrew from SAASU in 1980, and similarly South West Africa in 1990.

By 1995 SAASU had been disbanded by government decree, and had been replaced by a government-funded and controlled national governing body known as Swim South Africa. Provincial bodies were required to rename in line with government mandated policies, and comply with political priorities like quotas in team selection and a focus on learn-to-swim programmes in township areas.

Although the provinces of South African sport were mostly abolished in the aftermath of 1995,  some - like Western Province - retaining their identity, but others, like Transvaal and Northern Transvaal have disappeared completely. The 2012 Currie Cup water polo trophy was won by a team called the OJ Eagles - which seems to be a team of St Johns College old boys, competing on behalf of Central Gauteng Aquatics.

Much of the detail has been lost over time, although the press did usually provide results. The research for this website has involved spending hundreds of hours collecting and processing these press reports for publication. Most of the history of SAASU was lost when it was dissolved in 1991, although some documents have been located - like the first Minute Book.

The history of SAASU was largely the story of the competing provinces. The competitors, officials, coaches, facilities, clubs, schools, competitions all identified with their province. At nationals they vied to win the Ellis Brown Aggregate Trophy, which was awarded to the province with the overall highest number of points in all four disciplines combined. Rhodesia dominated South African aquatics during the 60s, winning the Ellis Brown Trophy 7 years in a row!

By 1999 the old provinces had been abolished, and press reports no longer mention the trophy winners. 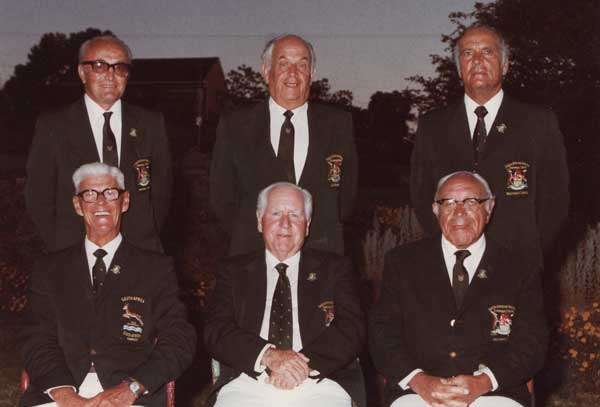 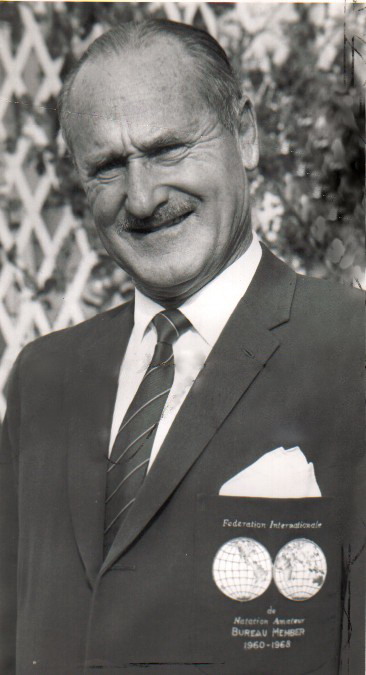 Despite the ban on participation, SAASU President Harry Getz was the FINA elected Chief Swimming Officer at both the 1964 Tokyo and 1968 Mexico Olympic Games. 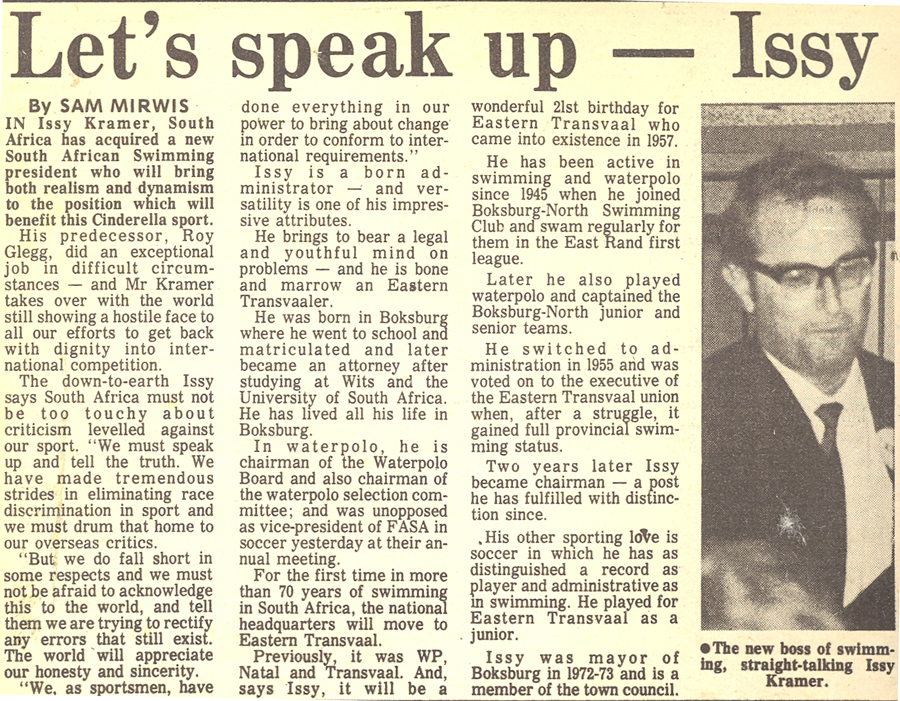 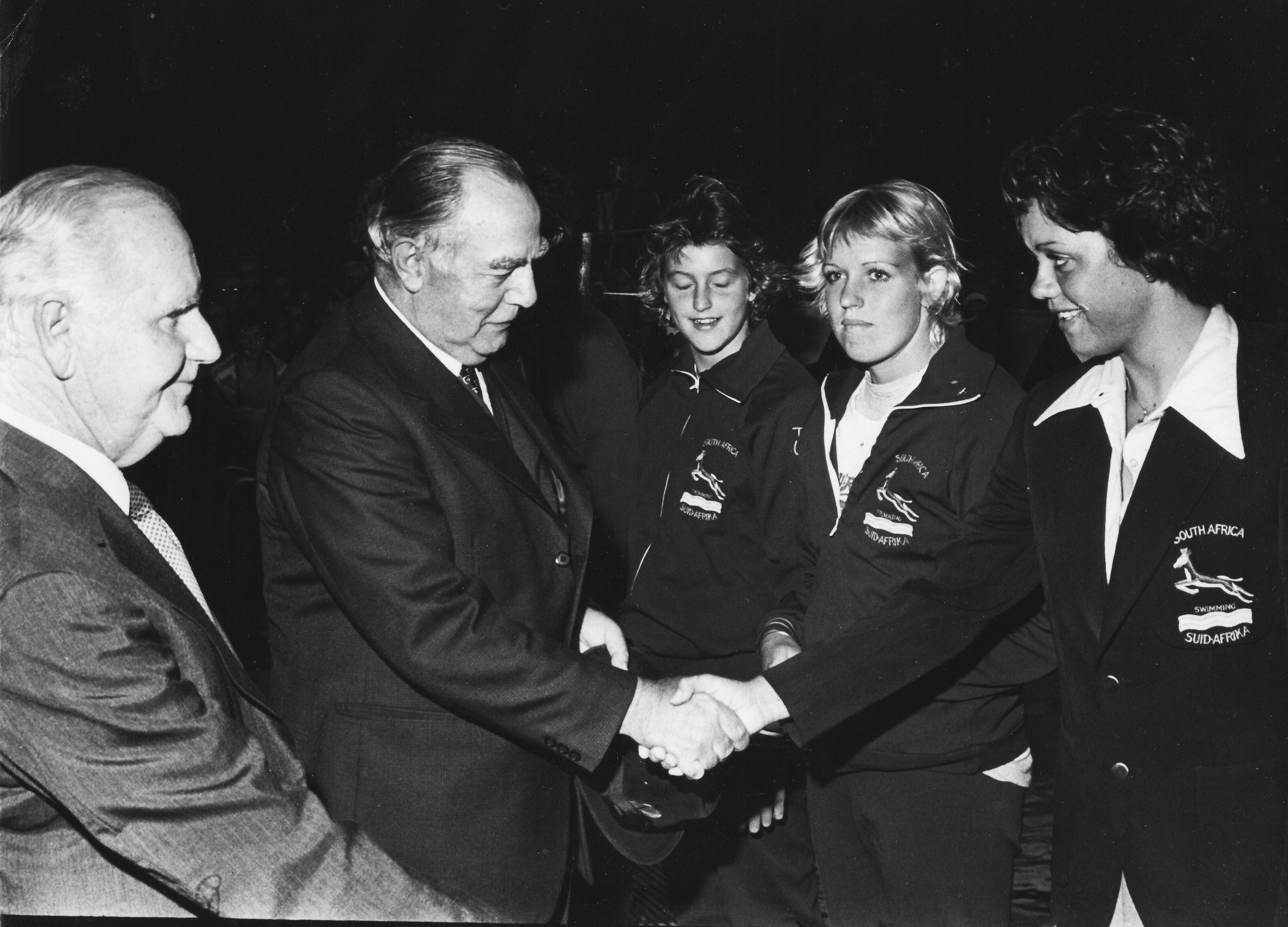 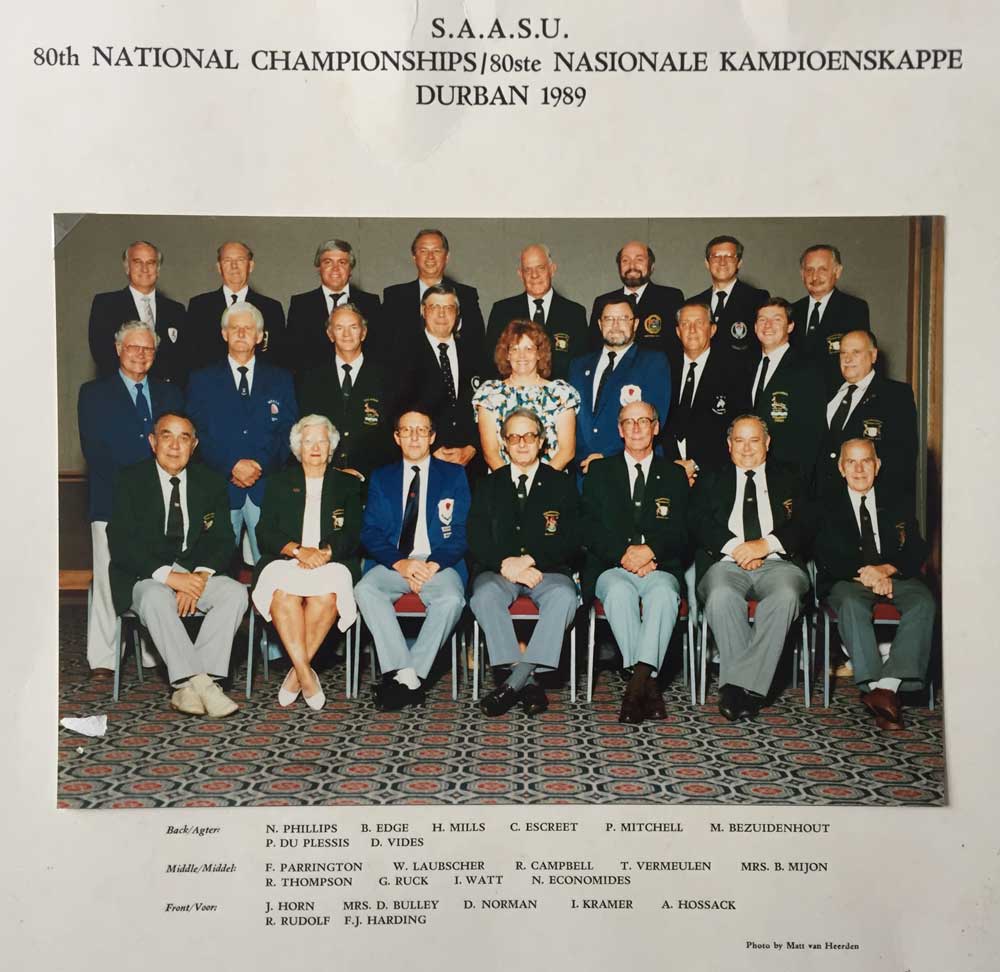